What inspired you to write Looking for The Stranger?

The Stranger is the first novel I ever read in French, and the first novel I ever taught. I’ve always been struck by the fact that during all the years I spent studying it, word by word and scene by scene, I learned almost nothing at all about its Algerian setting. My trips to Algeria, my visits to the places Camus lived when he worked on the book were deeply inspiring. Twenty years ago, there was no way to travel to Algeria and I feel very lucky to have been able to explore Camus’s life there.

Your title draws attention to the elusiveness of Camus’ novel. What kinds of challenges did you face during your research?

That’s a question every researcher loves to answer! Whatever papers Camus used to write the novel are lost. One theory has it that he left all his stuff in the Madison Hotel on the Boulevard Saint Germain when he evacuated to Clermont-Ferrand during the German invasion. The Germans eventually requisitioned the hotel, and by the time he went to collect his belongings there was nothing left. So I had to imagine what inspired him, through hints in his letters, his diaries, and in the novel itself: James M. Cain’s novel, The Postman Always Rings Twice; the Fernandel comedy, Le Schpountz; trials he covered for the newspaper Alger-Républicain. Then there are the manuscripts. If you set out to write the life story of a novel, the various manuscript versions are bound to tell a compelling story about how the writing evolved. In the case of The Stranger, there is only one available manuscript, which seems to be cobbled together from several versions. Part of it is hand written and part typed. The most interesting thing about that manuscript is that “Meursault” is spelled without an e, “Mersault.” When did he add that “u”, which put death (meur) right in his narrator’s name?

How did Camus come to begin this iconic book?

He wrote a novel called A Happy Death, about a man named Patrice Mersault. It was too close to Camus’s life, and the story had too many working parts. It never really took off. As he was trying to fix it, images came to him out of nowhere, and he recorded them his notebooks: a man who refuses to conform to society, a man condemned to death. He wrote the first paragraph of The Stranger, out of the blue. As though the story of The Stranger came to haunt him even before he wrote it.

Why do you think The Stranger continues to fascinate and engage readers today?

We could study the making of the novel forever and never quite account for its magic, and that’s a good thing. There is always going to be something beyond the analysis of sources, the life experiences, the literary models, and that something is art itself. The limpid prose, the sensual and violent Algerian setting, the narrator who says I without letting the reader know much about him all draw us to this book, as does the position of the narrator. How can he be both in the present and remembering the present from beyond the grave? Was he actually guillotined? Narrative mysteries hook the reader as much as the oddly disjointed sentences.

In what ways did your research help you to understand Camus’ process as a writer and editor of his literary work?

Camus wrote The Stranger very quickly. I learned this from a letter he wrote from his hotel room in Paris to Francine Faure, his fiancée in Oran, Algeria. He marvelled that the novel seemed to have been already traced within him. He told a friend, too, that once he figured out Meursault’s voice, all he had to do was write. 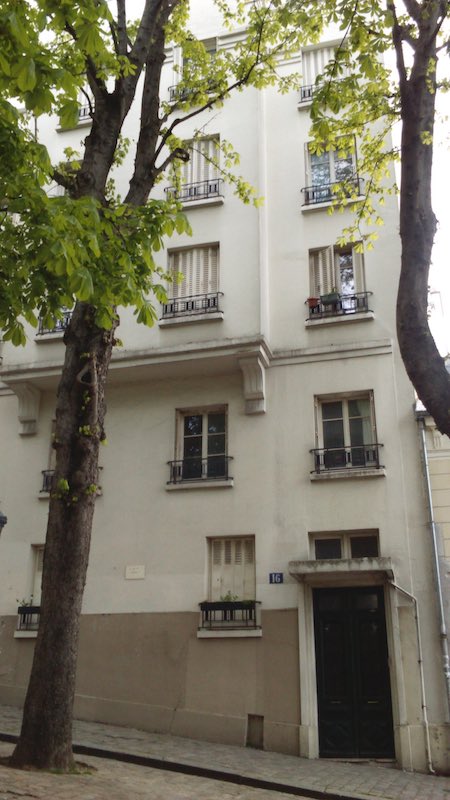 How can your book help us to understand Camus’ broader historical and cultural context?

The climate in which The Stranger was published in the spring of 1942 and the events leading up to that publication couldn’t have been more dramatic: France was under enemy occupation and divided into two zones, with little communication between them. Camus’s own travels back and forth from metropolitan France to North Africa, his struggles with tuberculosis, his conflicts with the colonial government in Algeria, his correspondence with his mentors around the manuscript of The Stranger and the voyage of that manuscript from one zone to another, via a relay of readers and editors, give us a sense of an almost miraculous process leading to publication. We often identify The Stranger with the post war era, when it made its mark, and with existentialist culture. But in fact the book was conceived in the late 1930s in the atmosphere of working class Belcourt, Algeria, by a writer who was cutting his teeth as a court reporter for Alger républicain. He finished the first draft on the eve of the German invasion, in April 1940.

Where do you think The Stranger fits within Camus’ work as a whole?

It comes on the heels of A Happy Death, which he put in a drawer. It represents the negative side of his humanism, as The Plague represents the positive side. Camus himself situated The Stranger in a cycle of the absurd, including The Myth of Sisyphus, and Caligula. It was the first building block of his Parisian literary career. I also like to contrast The Stranger, with its cool lack of introspection, with The First Man, the posthumous autobiographical novel. The Stranger is so perfectly controlled and calculated by the young writer. The First Man, the work of the melancholy older writer, is unfinished, unedited, and describes the same Algerian landscape as The Stranger in a much more sentimental vein.

What writers or thinkers do you think most influenced Camus’ writing during this period?

Nietzsche for the sense of paradox, James M. Cain for the flat first person voice and death row frame; Hemingway for the sentence; Saint Augustine for mourning.

What does Camus’ novel tell us about the connections between literature and philosophy?

Camus wrote in his work in progress notebook, “if you want to be a philosopher, write novels.” Camus had reviewed Sartre’s Nausea, which he admired, but he castigated Sartre for putting ideas first, instead of images. Sartre, of course, thought that Camus’s essay, The Myth of Sisyphus, was philosophically naïve, but greatly admired the stylistic force of The Stranger. During the time that he was writing The Stranger, Camus developed an esthetic code, a minimalism that still managed to be lyrical. He succeeded best as a novelist by building his story from images and putting his own philosophical training aside. Remember that Camus was prevented from taking the teacher’s exam in philosophy (l’agrégation) because he was tubercular: the academic career was closed to him. Journalism, then literature, were his refuge.

Did you come across any shocks or surprises during your research?

I was really surprised that the manuscript of The Stranger spells Meursault without a “u.” Camus was deathly ill when The Stranger went to press, and because he was so far away, in Oran, his editors in Paris decided to correct the page proofs in-house. Could it have been they who added the “u”? It’s one of those literary mysteries we may never solve. I was shocked by several extreme responses to the novel. A high school student who murdered his classmate in Melun, France in 1948 told the examining magistrate that Meursault made him do it. A high school teacher in upper peninsula Michigan was thrown into jail for teaching The Stranger to special education students. Every chapter of the book held some surprises, down to the very end, when I went out in search of the “real” Arab in the event that is said to have inspired Camus to write the murder scene on the beach.

“I’m interested too in returning to some issues around fascism and political engagement in the 1940s, the period that is always a core concern to me.”

Right now I’m finishing a profile of Selma Hellal and Sofiane Hadjadj, the founders of the Editions Barzakh in Algiers. I met them doing research on Looking for The Stranger in 2013, the year of they published Kamel Daoud’s The Meursault Investigation: they are giving a new face to Algerian fiction. I’m interested too in returning to some issues around fascism and political engagement in the 1940s, the period that is always a core concern to me. But I like the idea of taking time for reading and dreaming.

Looking for The Stranger is available from The University of Chicago Press.

Alice Kaplan is the author of French Lessons: A Memoir, The Collaborator, The Interpreter, and Dreaming in French: The Paris Years of Jacqueline Bouvier Kennedy, Susan Sontag, and Angela Davis, and the translator of OK, Joe, The Difficulty of Being a Dog, A Box of Photographs, and Palace of Books. Her books have been twice finalists for the National Book Critics Circle Awards, once for the National Book Award, and she is a winner of the Los Angeles TimesBook Prize. She holds the John M. Musser chair in French literature at Yale. She lives in Guilford, Connecticut.