The Beckett Digital Library (BDL) is a digital reconstruction of Samuel Beckett’s personal library, based on the volumes preserved at his apartment in Paris, in archives (Beckett International Foundation) and private collections (James and Elizabeth Knowlson Collection, Anne Atik, Noga Arikha, Terrence Killeen,…). It currently houses 757 extant volumes, as well as 248 virtual entries for which no physical copy has been retrieved.

The BDL module is a part of the Beckett Digital Manuscript Project and contains scans of book covers, title pages, all pages with reading traces, flyleaves, colophons, tables of contents, indexes and inserts of various kinds. In addition to facsimiles, the BDL also offers transcriptions of readings traces and links to Beckett’s manuscripts.

The BDL is accompanied by a monograph (Dirk Van Hulle and Mark Nixon, Samuel Beckett’s Library, Cambridge UP, 2013)

What follows is an exclusive preview of the Beckett Digital Library (BDL), with quotations excerpted from Van Hulle’s and Nixon’s companion book. Each image presents an actual edition owned by the writer himself. 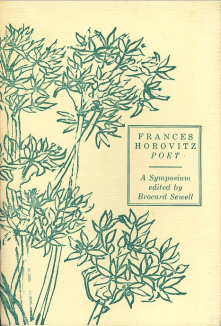 “[Samuel Beckett’s Library] is still where it was at the time of his death in 1989, in his apartment on the Boulevard St. Jacques in Paris. Only a relatively small amount of books had previously been taken out of the library. Shortly before his death, Beckett asked his friend and biographer James Knowlson to integrate volumes of scholarly interest in the Beckett International Foundation’s Collection at the University of Reading. […] Even earlier, Beckett had given books from his library to friends, such as his collection of books on art and other volumes, which he gave to his friends, the painter Avigdor Arikha and Arikha’s wife, Anne Atik. But the bulk of Beckett’s books are still in his apartment in Paris. The library contains roughly 700 books, which includes those volumes that Beckett kept at his country retreat in Ussy that were moved to Paris when he died.” 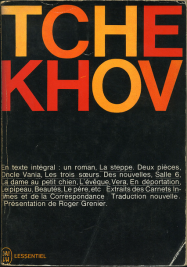 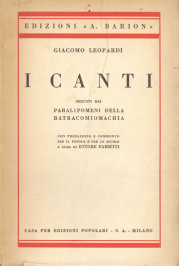 “While reading is of course an isolated activity, the books in the library embed Beckett in the cultural milieu of his time. The many presentation copies – from writers such as Pinter or Cioran – or thinkers such as Adorno and Derrida – cut through the image of the reclusive nature of Beckett, and reveal just how aware he was of his intellectual surroundings. Moreover, the library gives first substantial proof of Beckett’s engagement with other writers and authors, such as Maurice Blanchot, Walter Benjamin and Ludwig Wittgenstein. Beyond the ‘old chestnuts’, as Beckett tended to call his favourite authors, one finds fascinating material in the library in areas one would not suspect, and on the whole the volumes attest to Beckett’s wide-ranging interests, with dictionaries and bibles, as well as science books very much in evidence. Even in well-documented areas such as Beckett’s interests in philosophy and psychology, there are some unexpected surprises.”

“Beckett told John Fletcher in 1961 that he had only read Wittgenstein’s works ‘within the last two years’. As John Pilling notes, Beckett told André Bernhold on 20 May 1984 that he had read Wittgenstein (and about him) in recent years, unaided, because he had not been told about the Viennese philosopher during his university years in Dublin. The number of books by and on Wittgenstein in the library is considerable.

As early as 1950 Jacqueline Hoefer discussed the affinities between Beckett and Wittgenstein in an analysis of Watt. Marjorie Perloff recognized a reference to the last sentence of the Tractatus in the opening lines of ‘Closed place’: ‘Closed place. All needed to be known for say is known. There is nothing but what is said. Beyond what is said there is nothing.’ […] It is certainly not impossible that Beckett’s reading of Wittgenstein in the 1960s reverberates in some of the Fizzles (‘Se voir’ [‘Closed place’] was written in 1968), but by that time Beckett did not need to take any lessons from Wittgenstein. He seems to have read him as a like-minded writer. As late as 1979, Beckett was still ‘Reading the Wittgenstein with interest’, as he told Barbaray Bray (15 January 1979). No matter how late Beckett discovered Wittgenstein’s writings, they did encourage him to continue looking for ‘the nature of what has so happily been called the unutterable or ineffable’.”

“As John Pilling has recently argued, in ‘A Note on Swift’, Beckett’s knowledge of Jonathan Swift’s work was extensive, and although his most intense scrutiny of the Dean’s work took place in the early 1930s, he would continue to read and use Swift in his own writing. Beyond a ‘World’s Classics’ edition of Gulliver’s Travels (1963), Beckett possessed Swift’s The Drapier’s Letters, which he acquired in April 1925 in preparation of the Michaelmas Term examinations later that year. The book contains two marginalia, although one, which appends the words ‘Lord Dartmouth & Knox’ to clarify the background of the patenting of coinage in Ireland, is purely factual. The other, however, show’s Beckett’s keen interest in matters Irish, and can be linked with his (ultimately abandoned) plans to write a text on Irish history entitled ‘Trueborn Jackeen’ in 1933 or 1934 (to echoe Defoe’s satirical ‘The True-born Englishman’). 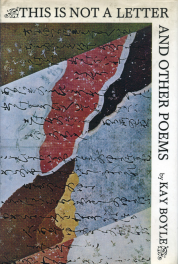 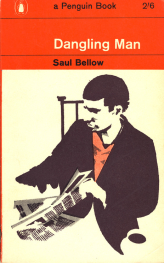 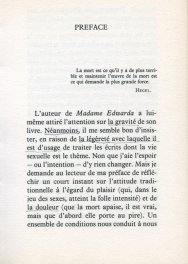 “Beckett’s reading of Kafka, or to be more precise, the dating of his reading of Kafka, has troubled scholars for some time. It is possible that Beckett would have first encountered Kafka’s work in the pages of transition, especially in those issues that carried work by both authors. Between 1928 and 1932, its editor Eugene Jolas, who was an admirer of Kafka, published ‘Das Urteil’ [The Judgement], three stories from Beim Bau der chinesischen Mauer
and, in three installments, Metamorphosis. It also appears as if Beckett was familiar with the two novels Das Schloss [The Castle] and Der Prozess [The Trial], as both are mentioned in a letter Beckett wrote to Morris Sinclair advising him on potential academic research topics.

Beckett would, in subsequent years, repeat his criticism of the way in which the content and form contradicted each other in Kafka’s work. As he told Ruby Cohn, ‘What struck me as strange in Kafka was that the form is not shaken by the experience it conveys’.”

Jacques Derrida’s inscribes a copy of Ulysse gramophone to Beckett 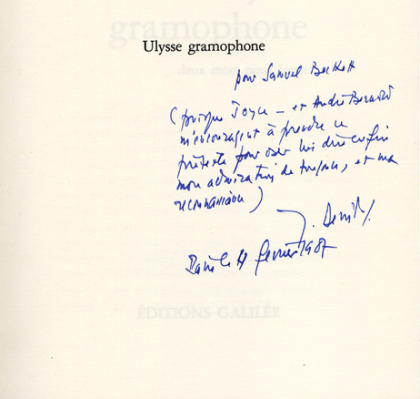 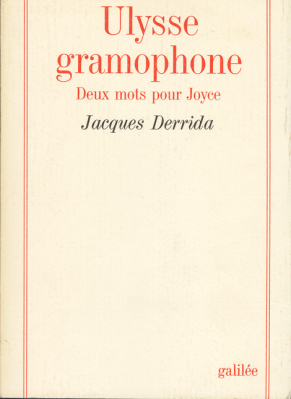 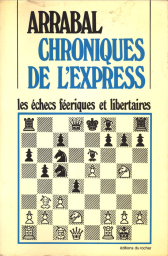 Beckett and the Bible

“Vladimir: Did you ever read the Bible?

Vladimir: Do you remember the Gospels?

Estragon: I remember the maps of the Holy Land. Coloured they were. Very pretty. The Dead Sea was pale blue. The very look of it made me thirsty. That’s where we’ll go, I used to say, that’s where we’ll go for our honeymoon. We’ll swim. We’ll be happy.”

“Although he showed an interest in Brahmanism and Buddhism when he read Olga Plümacher’s Der Pessimismus, and although he acquired a French copy of the Koran (Le Coran, 1970) toward the end of his life, his main focus of attention in terms of religion was the Bible.

In How It Was, Anne Atik writes that ‘Beckett had several editions of the Bible – four in different languages (the Family Bible, la Sainte Bible, L’Antico Testamento, the Luther Bible) – as well as at least one concordance and the Book of Common Prayer‘. There are even more bibles among the books in Beckett’s Paris apartment.” 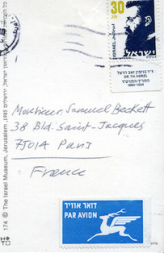 “If Donne was not necessarily to Beckett’s taste, one would think that the more classical poet John Milton would be. Beckett’s reading of Milton is however rather difficult to evaluate; he was undoubtedly familiar with Milton’s major works from his reading in the 1920s; Paradise Lost was a set text at TCD [Trinity College Dublin] in 1925. The library contains three editions: Paradise Lost (1904), a modern edition of the Poetical Works (1969) and an antiquarian edition of Milton’s Paradise Regained and Samson Agonistes dating from 1713. Beckett may have been troubled by Milton’s doctrinal positions, and an undated letter to MacGreevy indicates: ‘I think what you find cold in Milton I find final, for himself at least, conflagrations of conviction cooled down to a finality of literary emission’. Yet Beckett undoubtedly also admired the poet’s linguistic craft: ‘Can’t get a verse of Milton out of my mind: ‘Insupperable height of loftiest shade’.”

Note on the Photographs:

The images presented in this article are published courtesy of the Beckett Digital Manuscript Project. Unauthorized reproduction of the images is strictly prohibited.