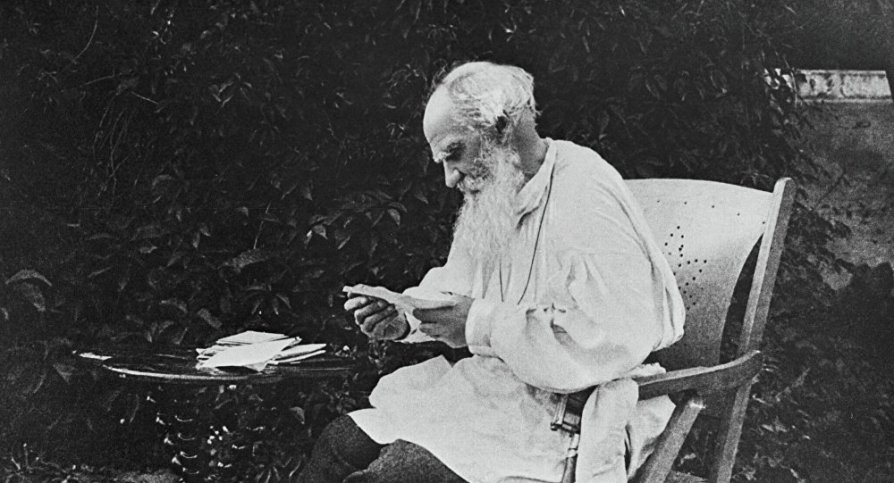 “Evidently salvation is not to be found by increasing the comforts and pleasures of life, medical treatments, artificial teeth and hair, breathing exercises, massage, and so forth; […] It is impossible to remedy this by any amusements, comforts, or powders – it can only be remedied by a change of life.”

— Leo Tolstoy, ‘What then must we do?’ (trans. Aylmer Maude) 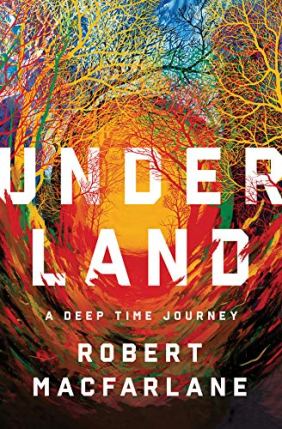 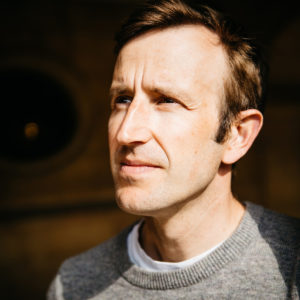 “So I think, be out, get out, look up, walk where and when you can, and be curious, and be astonished by the world.”

— Robert Macfarlane talks to Krista Tippett about his book, Underland. Read or listen to the conversation at the On Being Project.

Anticipating the release of A Beautiful Day In The Neighborhood, journalist Tom Junod has reflected on the friendship with Fred Rogers that inspired the film. Drawing from personal correspondence, he explores why Mister Rogers remains relevant as an important cultural icon.

“The most important thing in life is not happiness but meaning.”

Set in the summer of 1983,
Notes on Blindness
is a beautiful 2016 documentary that explores the life of
writer and theologian John M. Hull.

Based on his memoir, Touching the Rock,
the film offers a deeply personal account
of an academic who permanently loses his vision
while anticipating the birth of his son.

Filmmakers Peter Middleton and James Spinney
draw from audio cassettes recorded by Hull at the time,
which attempt to explain and understand
the experience of blindness
through vivid philosophical reflections
on everyday events and experiences. END_OF_DOCUMENT_TOKEN_TO_BE_REPLACED

“[W]hen he first arrived in Skjolden, Wittgenstein wasn’t exactly alone. He lodged in the village with the family of the local postmaster in one of the distinctive two-storey clapboard houses that huddle together where a fast-flowing river empties into the fjord. Skjolden today looks pretty much as it did in 1913, save for the village’s only hotel, a later arrival, where I stayed in a room with spectacular views down the V-shaped valley of Lustrafjord.

While he was not entirely free of human company in the village, Wittgenstein was at least able to eschew the sort of sophisticated society that tormented him in Cambridge (and his native Vienna, for that matter). In Skjolden, he wrote, “my day passes between logic, whistling, going for walks, and being depressed”. I suspect the highly convivial evening I spent eating a burger and drinking locally brewed craft beer in the hotel bar while guests watched English Premier League football would not have been to the philosopher’s taste.

It was during this first visit to Skjolden that Wittgenstein engaged a local builder to construct the house on Eidsvatnet, a little lake at the end of the fjord. It had three rooms: a small living room, a kitchen and bedroom. There was also an attic with a balcony. When Wittgenstein spent nine months at the house in 1936-37, working on what would become his second, posthumous masterpiece, Philosophical Investigations, villagers would see him in the distance pacing back and forth, pondering the complete overhaul of his views about the nature of logic and language.

Alois Pichler, who runs the Wittgenstein Archives at the University of Bergen, says Wittgenstein was “suffering a lot” during this sojourn — suffering that was partly philosophical (how, he wondered, do we unravel the confusions in which many of the discipline’s traditional problems consist?) and partly spiritual (how do we reckon with our own sins?). There was a meteorological dimension to this too. I was there in the mild, slightly damp Nordic summer. Wittgenstein endured an autumn and winter on the lake. By October of 1936, he was writing to a friend: “The weather has changed from marvellous to rotten. It rains like hell now.” The friend responded by sending Wittgenstein a sou’wester.

The only suffering I endured on my visit to “Austria” was caused by trying to keep up with Vatne as he powered up the narrow path with the aid of hiking poles. Once we reached the top, he showed me round the reconstructed house. There, I sat at a facsimile of Wittgenstein’s writing table by the living room window as I made an entry in the visitors’ book.

“We have tried to bring the house back to what it was,” Vatne says. He and his colleagues have succeeded spectacularly. Now that the house has been rebuilt on its glorious original site, the Wittgenstein Foundation plans to make it available to study groups and individual visitors. The foundation also has more ambitious plans to develop Skjolden as a destination for philosophically themed travel.” 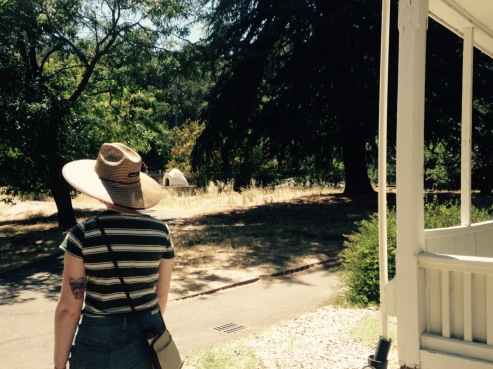 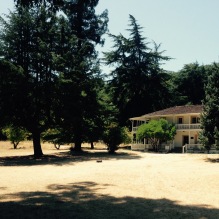 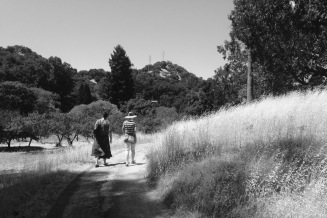 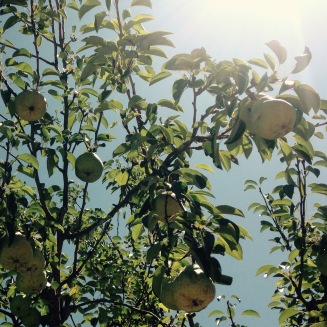 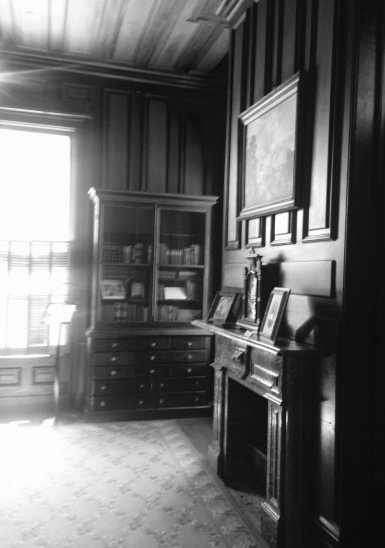 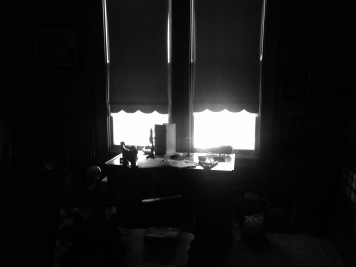 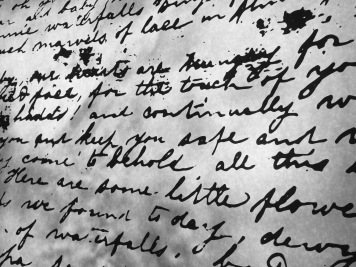 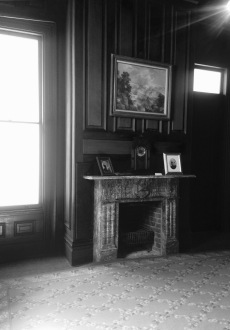 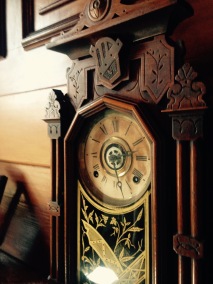 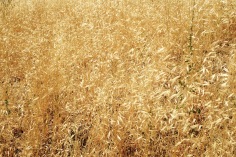 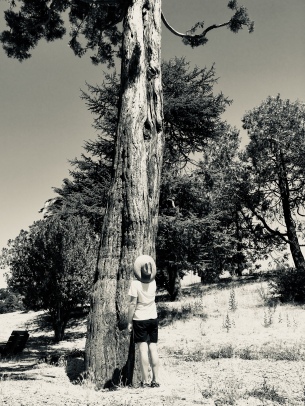 This week, it was my great privilege to visit the John Muir National Historic Site in Martinez, California. The beautiful Muir family home was restored from dereliction by the National Park Service, and pays tribute to the father of modern environmental conservation.

“The growing good of the world is partly dependent on unhistoric acts; and that things are not so ill with you and me as they might have been, is half owing to the number who lived faithfully a hidden life, and rest in unvisited tombs.”

Terrence Malick‘s A Hidden Life has debuted at this year’s Cannes Film Festival. It is the American filmmaker’s second work to be based on the events of the Second World War, and tells the story of Franz Jägerstätter, a conscientious objector who was executed by the Nazis in 1943. Writing for The Los Angeles Times, Justin Chang has praised Malick’s latest work as a return to form and “a spiritual call to arms”:

“At its simplest level, A Hidden Life exists to disprove the snarling Nazi soldiers we hear telling Franz that his act of protest is meaningless and that no one will ever remember him. (They have admittedly already been disproved, thanks to the scholarship of Gordon Zahn and Thomas Merton, as well as a 2007 papal declaration of Jägerstätter as a martyr.) But it is also a call for moral vigilance in any era, the present one very much included…” 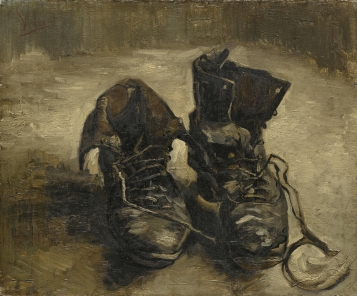 Boyd Tonkin (NYRB) visits the Van Gogh and Britain exhibition at Tate Britain. He reflects on the painter’s religious background, his oft-overlooked writing talents, his interest in marginalised and working-class figures, and Victorian London as a European metropolis:

“Young Vincent often felt a failure. He endured loneliness and dejection—though nothing like the bouts of anguish and panic that would seize him in Provence—but he also felt the bittersweet melancholy of a dreamy, wandering outsider. He could go into raptures about autumn days in London, ‘especially in the streets in the evening, when it’s a bit foggy and the street-lamps are lit,’ while fading elm-leaves turn ‘the colour of bronze.’ His letters from England crackle with the descriptive and affective force of what, should he have chosen another fork on that pilgrim road, we would surely now call a born writer. Foggy Victorian London, where literature far outshone in status both the visual arts and music, helped make Van Gogh the artist he became and remained, even when the golden fields and cobalt skies of Provence blazed across his canvases.

‘He was a writer before he was a painter,’ insisted Carol Jacobi, as crowds flowed around us on the first day of public access to Van Gogh and Britain, the exhibition she has curated at the Tate Britain in London, next to the river Vincent loved to walk beside. ‘”Writing is like painting”: he says that thirty or forty times,’ she reminded me. Through his apprentice years, his writer’s pen obeyed him as his crayon or brush could not. Jacobi, curator for British Art 1850–1915 at the Tate, mentions an 1880 drawing titled Miners in the Snow at Dawn, completed in Belgium, where Van Gogh had gone to live and preach among the poor. It’s an early token of his new-found artistic ambitions. The ‘word picture’ that partners it in a letter is ‘beautifully accomplished, influenced by Dickens and Zola,’ she said. ‘But he’s struggling to express these things in visual terms.'”