Skip to content
by Rhys Tranter on 7 September 201629 April 2022
To mark the release of Brian Eno: Oblique Music, a new collection of essays celebrating the musician’s life and work, I talk to the editors about their shared obsession

You previously collaborated on a book of essays about the German electronic group Kraftwerk. What made you decide to put together a book about Eno?

Sean Albiez: In the final stages of the editing and writing process of Kraftwerk: Music Non Stop we started to discuss further book projects as, though we had never met before starting the book, we found that we enjoyed our collaborative process and had many similar musical interests. It think it was David who initially suggested looking at Brian Eno. Eno has been a major figure in music since the 1970s and yet little academic attention had been paid to his work. Any attention that had been given seemed to repeat and replay the same ideas and stories. So we felt that undertaking detailed research on Eno’s diverse activities over several decades from a range of academic perspectives would produce new ways of thinking about his work.

“As Eno says, he’s very interested in the idea of music as landscape; and it’s a landscape that I’m quite happy to inhabit.”

David: As Sean said, we’d enjoyed working together on the Kraftwerk book; and when we were discussing other projects Eno seemed to be the obvious next option. He’s amassed quite a reputation as popular music’s resident intellectual, but, aside from one book in the 1990s, his work hadn’t been given the kind of in-depth analysis it deserves. On a more personal level, I’ve been listening to Eno’s solo work for over three decades, and I find it endlessly fascinating. As Eno says, he’s very interested in the idea of music as landscape; and it’s a landscape that I’m quite happy to inhabit.  END_OF_DOCUMENT_TOKEN_TO_BE_REPLACED

Like Loading...
by Rhys Tranter on 1 September 201629 April 2022
A celebration of veteran cinematographer Frederick Elmes
For the last eight weeks, Sundays have been the night of The Night Of, a dark HBO crime story set in New York. The show blended police procedural, courtroom drama, and character study to produce mystery, suspense, and black humour. Based on a five-part UK drama produced by the BBC in 2008-9, the mini-series centres on a man accused of murder after a night of drugs and heavy drinking. Riz Ahmed is excellent as the young Muslim defendant, inspiring sympathy and suspicion in equal measure. And John Turturro steals the show as an opportunistic lawyer who leads the defence (a role originally intended for late Sopranos star James Gandolfini).

END_OF_DOCUMENT_TOKEN_TO_BE_REPLACED 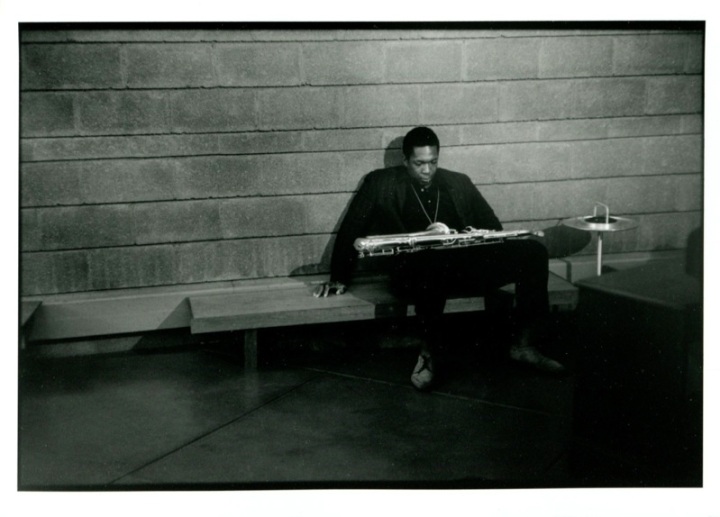 “I want to be a force for real good. In other words. I know that there are bad forces, forces that bring suffering to others and misery to the world, but I want to be the opposite force. I want to be the force which is truly for good”

Like Loading...
by Rhys Tranter on 7 June 201625 August 2016
An exclusive glimpse inside a new online archive, cataloguing the Nobel laureate’s personal reading habits and artistic influences

The Beckett Digital Library (BDL) is a digital reconstruction of Samuel Beckett’s personal library, based on the volumes preserved at his apartment in Paris, in archives (Beckett International Foundation) and private collections (James and Elizabeth Knowlson Collection, Anne Atik, Noga Arikha, Terrence Killeen,…). It currently houses 757 extant volumes, as well as 248 virtual entries for which no physical copy has been retrieved.

The BDL module is a part of the Beckett Digital Manuscript Project and contains scans of book covers, title pages, all pages with reading traces, flyleaves, colophons, tables of contents, indexes and inserts of various kinds. In addition to facsimiles, the BDL also offers transcriptions of readings traces and links to Beckett’s manuscripts.

The BDL is accompanied by a monograph (Dirk Van Hulle and Mark Nixon, Samuel Beckett’s Library, Cambridge UP, 2013)

What follows is an exclusive preview of the Beckett Digital Library (BDL), with quotations excerpted from Van Hulle’s and Nixon’s companion book. Each image presents an actual edition owned by the writer himself. END_OF_DOCUMENT_TOKEN_TO_BE_REPLACED 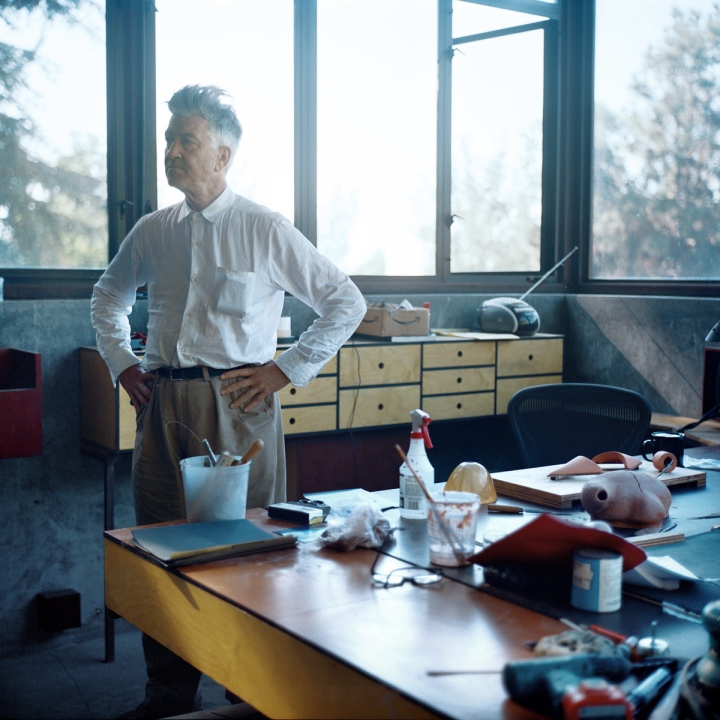 Some mornings, in a perfect world, you might wake up, have a coffee, finish meditation, and say, “Okay, today I’m going into the shop to work on a lamp.” This idea comes to you, you can see it, but to accomplish it you need what I call a “setup.” For example, you may need a working shop or a working painting studio. You may need a working music studio. Or a computer room where you can write something. It’s crucial to have a setup, so that, at any given moment, when you get an idea, you have the place and the tools to make it happen.

When you don’t have a setup, there are many times when you get the inspiration, the idea, but you have no tools, no place to put it together. And the idea just sits there and festers. Over time, it will go away. You didn’t fulfill it—and that’s just a heartache.

Like Loading...
by Rhys Tranter on 16 June 20153 December 2017
Through exclusive interviews and previously unseen photographs, a new documentary offers an intimate portrait of the relationship between translator Barbara Bray and Nobel Prize winner Samuel Beckett

END_OF_DOCUMENT_TOKEN_TO_BE_REPLACED 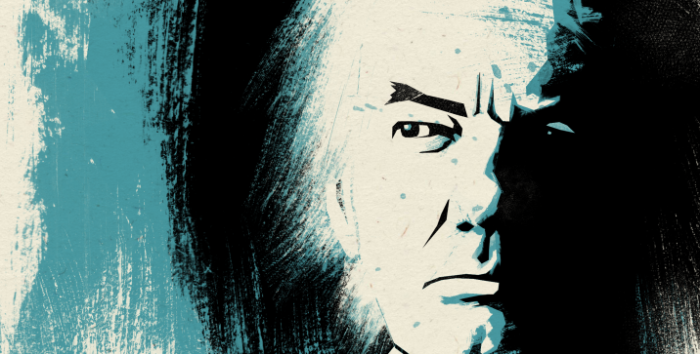 I’m very excited to share a beautiful and concise ‘graphic essay’ on the work of Austrian writer Thomas Bernhard. The essay was written, drawn, and designed by Espen Terjesen, an illustrator, cartoonist, pixel artist, teacher/lecturer, and writer working in Bergen, Norway. In addition to the original essay, Terjesen has also been kind enough to provide me with an English translation.

Terjesen’s work not only presents themes from Bernhard’s writing with striking, icy accompaniments, but offers a playful approach to the traditional academic essay. By combining elements of literary criticism with the graphic novel, Terjesen’s reading of Bernhard becomes, in itself, a creative act. What we are left with is something both thought-provoking and accessible.

To see the strip in its original format, please find links to Terjesen’s essay at the bottom of this post. In its complete form, the essay includes a number of footnotes and recommended reading. You can click any of the images to enlarge them. Enjoy! END_OF_DOCUMENT_TOKEN_TO_BE_REPLACED

Like Loading...
by Rhys Tranter on 22 May 201521 July 2016
In a 2011 interview, I asked the American cultural historian and academic librarian how he sees the future of the printed word…

In The Case for Books you wrote that ‘the explosion of electronic modes of communication is as revolutionary as the invention of printing with moveable type’. How do you feel this revolution is changing the way knowledge or information is spread?

Well, first I should say that the word ‘revolution’ is used very loosely, in general, so I said that after some hesitation. I mean, I’ve read about revolutions in menswear and revolutions in football styles of defence and so on. So, I don’t want to weaken the term. And, it’s a term that can be used in lots of different ways. But let’s say that the assertion is that the means of communication are changing as rapidly, as dramatically, today as they did in Gutenberg’s day. And, in fact, we’ve learned a lot about Gutenberg’s day: the change, perhaps, was not quite as rapid as people had thought when they refer to it as a revolution. We know, for example, that manuscript publishing continued for three centuries after Gutenberg, and really flourished. So, that’s by way of preface to what I was saying. But your question is how does this change, whether revolutionary or not, affect the way communication penetrates into society.

Well, you know, you have to just sit on a bus, or in a subway if you’re in New York, or London, or Paris and watch people with their smartphones or their various handheld devices. The phrase is sometimes used: ‘people are always “on”’. That is, they are always online, they’re always communicating. There has, I think, been a restriction of a kind of blank space in life: a time when people, so to speak, did nothing. Of course, they were never doing nothing. But it meant that there was a time in which they weren’t consciously communicating, but letting the world go by. Now, there’s a lot to be said for letting the world go by. You could sit and observe things, and maybe be exposed to surprises. But now I think there is this sense of constantly exchanging messages. Doing it all the time. That’s different, I think, qualitatively, from anything that ever existed before, even though people were exchanging gossip at the village pump. So, I think it is a very profound change in the way we live our lives, and it’s made communication and information more central than they ever were. END_OF_DOCUMENT_TOKEN_TO_BE_REPLACED