Posted By Rhys Tranter Published 26 September 20183 November 2018
The writer and academic scholar talks about juggling writing with family and a full-time job, his artistic influences, and his enduring interest in the work of Samuel Beckett

How did you come to be a writer?

I began writing fiction seriously near the end of my doctorate, in 2011 or so. At the time I was preparing to leave Oxford for a lectureship in Australia. The writing I did in Oxford and then in Wollongong (a coastal town in New South Wales), over summers at an archive at UT Austin, and elsewhere, eventually became a book project: Three Pioneers. I finished the project in 2013, in the UK.

The book clearly had a lag before it saw publication; it ran through a long list of publishers and agents who, when they replied at all, uniformly classed it as ‘too difficult’ or, less often, ‘too philosophical’ (I’m aware that in the vocabulary of many of these gatekeepers these are euphemisms, to put it mildly).

You ask how I ‘became a writer’. As transparently as I can, permit me to say that writing, the kind of writing we are talking about, was and remains an obscure urge for me. I am not writing, in any case, to become a ‘novelist’ or a ‘writer’ in the sense of someone who is an authority on writing, a cultural authority, or a practitioner of a certain genre; if I were, I would have written (would be writing) differently. As an academic, too, there are other routes, other forms of writing that are open to me to pursue such aims, in however limited a manner. Nor does being an ‘artist’ attract me (I will let that term remain vague). Again, I could have been an ‘artist’ otherwise, and to my mind, more directly – I could have wholly devoted myself to painting, for example, to which I once partially devoted myself.

Why write, then? What can still be called the novel, in the loosest possible sense of the term, is a way of thinking and feeling that allows me to stage problems that I otherwise find difficult to articulate. As this response perhaps suggests.

“Why write, then? What can still be called the novel, in the loosest possible sense of the term, is a way of thinking and feeling that allows me to stage problems that I otherwise find difficult to articulate.”

How do you find the time to write? Do you have a routine?

“I write early in the morning. I have two children and a full-time job, so writing, if it is going to take place at all, has to take place when I have time to myself.”

Because I have problems with my hands I cannot type on a computer for any length of time; I must either compose in my mind or with a pen. I then dictate to a computer. 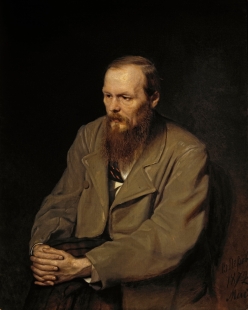 Are there any writers or artists that have exerted a particular influence on your work?

In our electronic conversations together you pointed out that one of the aims you have for your site is to somewhat ‘demystify’ writing. I take your point. But surely the question of influence is an inherently mysterious (and fraught) process, especially for the one worked upon.

This resistance noted, let me list some names that are often sitting on my desk: Kierkegaard, Dostoevsky, Barthes, Chekhov, Kafka, Bernhard. As for what may be influencing me now, this week I read Patocka’s Heretical Essays in the Philosophy of History. I have just finished your copy of Blanchot’s The Writing of the Disaster, which by chance ended up in my hands through ABE books. I have recently been reading Agamben.

Clearly, philosophers as well as fiction writers are important to me, as is the nexus between philosophy and fiction. No doubt this says something about the kind of fiction and philosophy that I have been interested in, and perhaps something about the kind of fiction I am not overly interested in. Social realism, as the term has been understood in English, and the kinds of arguments for its pedagogic value, interest me far less than arguments for and examples of aesthetic force, for instance, or the types of fiction that preceded the great age of realism. That said, ethics in the second half of the 20thcentury, and the ways that various (post-war, Continental) philosophers of the ethical have influenced our readings of fiction have certainly preoccupied me.

You ask about artists. Particular paintings by Frank Auerbach and Diego Velázquez have been important to me, to name two names; to these I would also add a series of rock paintings made by aboriginal shamans in the deserts of Southern Australia and kindly shown to me by an elder of that community.

You have also published an academic monograph on the work of Samuel Beckett. Could you tell me a little bit more about that?

I first encountered Beckett through two novels that are not widely read, even in the university: Watt and Molloy. Simply put, these books forced me to reconsider what serious writing might look like. (I was then completing an M.Phil. thesis on T.S. Eliot’s Four Quartets and wisdom literature.) Beckett and the Modern Novel was written out of a desire to come to terms, if I can put it that way, with what was happening in those books.

You know that Beckett reluctantly gave a series of lectures in 1930 to students at Trinity College, Dublin, and that two main sets of notes taken by Beckett’s students survive. Re-reading Beckett’s early fiction, guided by cues drawn from the lecture notes, I demonstrated that his take on what he called ‘The Modern Novel’ was largely cribbed from a pre-existing body of theory, French in origin, and in particular from work by an unacknowledged influence: André Gide. Further, Beckett then began to deploy and extend such theory in his early novels, which generated the fragmented form and ‘tripartite’ characters that have often puzzled commentators. From the beginning then, Beckett’s thought should be read alongside a body of Continental experimental writing of the pre-war period; and it was from this context that he also drew key paradoxes culminating in his mature theory of an art of ‘failure’. It seemed to me that Gide would be the last major influence on Beckett’s novelistic theory and practice that we would likely discover (so far I have been proven correct).

The monograph also allowed me to spend time with some of Beckett’s fictional interlocutors and inheritors, particularly in the French context: Sade, Bataille, Robbe-Grillet, and others.

Do you think your work within academia has informed your fiction?

I doubt it could be otherwise. But despite any reservations I may have about this, some of my favourite writers belong to a fictional tradition which deploys the stylistic dimensions and formal qualities of scholarly writing – for example, the use of scholarly apparatuses or footnotes. At another level, such writers also inhabited certain patterns or styles of thought (to come back to Beckett, Watt is ‘Cartesian’ in this sense). This tradition, if I can even call it that, has all but died out, though perhaps its last notable representative was Foster Wallace (his master, Thomas Pynchon, could also fit here). In this category one could speak of Swift, Sterne, as well as Rabelais and his inheritor, Beckett. It goes without saying that I don’t mention these names to claim a place in their company. At any rate, the ‘tradition of learned wit’, as it has sometimes been called, does not seem to be among the directions my writing is going in these days.

Tell me about your recent book, Three Pioneers.

I have tried to answer this question in a number of ways but can’t seem to come up with anything worthwhile. Permit me to make some observations instead.

I’m completing a second book-length fiction. I am also finishing a scholarly book provisionally titled Limits of the Novel.

Three Pioneers is published by A…P.

John Samuel Bolin is Senior Lecturer in English at the University of Exeter. Three Pioneers is his first novel.