Posted By Rhys Tranter Published 21 July 201616 August 2016
Should we bother with modernism? Is it suited to our bedside table, or should it be exiled to obscurity on some distant library shelf?

While looking for something interesting to read online recently I stumbled across something boring. Namely, Robert McCrum’s Guardian piece on ‘The best boring books’: it listed big, grey bricks of supposedly anaesthetic prose. McCrum selected novels based on their ability to relieve anxiety and dull the senses, singling out two modernist novels among his favourites: James Joyce’s notorious Finnegans Wake and Virginia Woolf’s The Waves. I looked again. Is there something intrinsic to modernism that lends itself to these kinds of associations? Of dullness and tedium in the mind’s eye of the public?

Gabriel Josipovici asked What Ever Happened to Modernism? As part of an in-depth literary study, he charted the recent decline of modernist literature in opposition to other, more traditional forms of storytelling. But what is it about Modernism that turns so many readers away? Why are Joyce, Eliot and Kafka missing from our holiday reading lists? And if by some miracle they are on our bookshelves, why do we never pick them up?

When modernist literature does creep into the spotlight, the work often plays second fiddle to historical context or writer’s biographies. Take Virginia Woolf, for example: her work is packed with wit and sophistication, but it’s through movie adaptations that her mainstream reputation seems to shine. A number of directors have tackled her classic novel, Mrs Dalloway, and have managed to distill – with varying degrees of success – what is in the end a very complex and multi-layered text. Michael Cunningham’s The Hours, and Stephen Daldry’s film adaptation, saw Dalloway as a convenient vehicle to blend fiction with fact, prose with biography. But while they did much to raise Woolf’s pop culture credit, it always seemed to come at the expense of the work. Book sales spiked for a period, but modernism was muffled by Oscar-hype and Nicole Kidman’s prosthetic nose.

“To get back to modernism – is there something about that pesky ism that puts people off?”

But enough of Hollywood, and evening television specials. To get back to modernism – is there something about that pesky ism that puts people off? It has a tendency to sound a little too much like hard work. Difficult to reach. Out of bounds. The first time I saw James Joyce’s novels in a bookstore, I remember being bewildered by the number of student editions and hefty annotated tomes. It can be difficult to shake off the weight of all that academic scholarship, not to mention frustrating to see heaps of highbrow footnotes. J. G. Ballard wrote of the huge influence Ulysses had on him as a teenager, but it was an influence with few benefits: for Ballard, and many others, it seemed that the prose itself was always the real obstacle.

All of this begs the question: should we bother with modernism at all? Is it suited to our bedside table, or should it be exiled to obscurity on some distant library shelf? An old cliché condemns it as an experiment that went nowhere, but I suggest that modernism can be more than a discreet title on a top ten list, or the answer to a question at a pub quiz. Reading modernist writers need not be a life’s work, but an enjoyable way to pass the time. Harold Pinter mentioned keeping a copy of Ulysses at his bedside, dipping into it for quick hits when he had a spare moment. Anthony Burgess went further, championing Joyce’s work as ‘a house of life, it’s corridors ringing with song and laughter’. Burgess wrote insightfully on and about Joyce’s writing – the aptly-named Re Joyce is particularly good, if you ever get the chance. Burgess and others have all noted that James Joyce’s work is loaded with references and allusions, but it isn’t vital to get every joke in order to laugh. The Irish writer warned, ‘Don’t make a hero out of me. I’m only a simple middle-class man’, and it isn’t necessary to be a card-carrying Joycean to find his books both thrilling and addictive. Ulysses, in particular, stands out as perhaps the ultimate attempt to bring a sense of the epic to the everyday – to capture the extraordinary in what is familiar or routine. 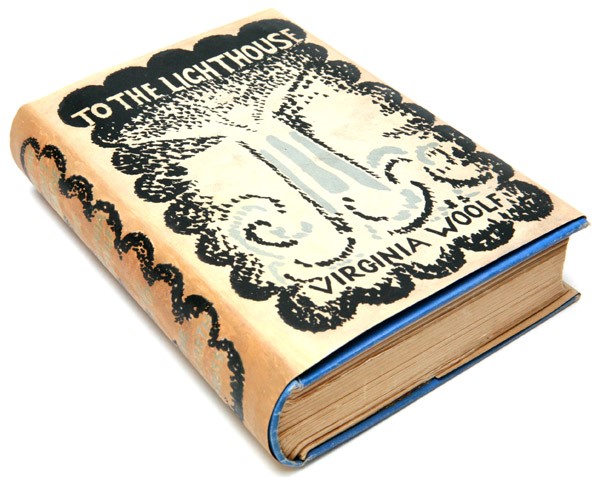 But let’s not forget Woolf. Her stream-of-consciousness techniques may be the staple-diet of literary academics across the world, but her books can still be enjoyed on their own terms. For newcomers, it’s easy to become ensnared by details of Woolf’s personal life, and the character and personality behind the writing. But as biography encroaches on the work, we run the risk of losing what made it special to readers in the first place. Novels like Mrs Dalloway, To the Lighthouse, and, yes, McCrum, even The Waves, are interesting and compelling in their own right: brave, virtuoso experiments that might have ‘gone nowhere’ in the eyes of the skeptics, but which push contemporary storytelling to its very limit. And there’s something irresistible and joyous about that. Those interested in Woolf’s engagement with the political landscape of her time can also take a look at ‘A Room of One’s Own’, a polemic on gender inequality that still provides valuable insights.

If modernism means anything in Woolf or Joyce, it is the struggle for what it means to be modern. Both present us with an array of fascinatingly complex characters, seeking to question their identity and their place in the modern age. Language becomes a character, too, an all-pervading texture that sets the mood of each story, and playfully subverts the ABC plots of yesteryear. Amid a proliferation of new technologies, of political upheaval and social change, Joyce, Woolf and the literary modernists actively interrogate the way we perceive the world around us, in ways still relevant today. In this way, modernism is not something we leave on our shelves and neglect to pick up. Modernism is that which speaks to modern life. And there is nothing boring about that.

An abridged version of this review was posted by The Spectator in 2011.