“It was a fairly modest undertaking at first,” Don DeLillo told the Guardian live event, explaining how his 827-page novel came to be. “It was a novella – I assumed perhaps 50, 60 pages … I had an idea based on a newspaper headline that I saw when I realised it was 3 October 1991, the 40th anniversary of this famous game.” Visiting a local library to check the microfilm archive, he found that the front page of the New York Times was split perfectly in two, one half reporting the Giants’ win and the other the Soviet Union’s explosion of its first nuclear bomb. “So there it was, and once I saw it there was no escape.”

And big Underworld certainly is. In the prologue, it is 3 October, 1951: the Polo Grounds, a baseball stadium in Upper Manhattan, is fizzing with excitement. Fans, some tossing their torn-up scorecards and crushed paper cups on to the pitch, have turned out to see the New York Giants and Brooklyn Dodgers compete for the National League pennant. J Edgar Hoover and Frank Sinatra banter with pals in the crowd. One improbable home run from victory, the Giants’ Bobby Thomson steps up to the plate and “tomahawks” the ball into section 35 of the stands, where a young truant, Cotter Martin, wrestles it from the scrambling mass.

Meanwhile, somewhere far across the planet, a rather bigger crack echoes out from the USSR. And so begins a vast, complex novel that’s arguably the greatest work of literature to address postwar life in the US.

Immediately after the remarkable 60-page prologue, DeLillo leaps 41 years into the future to an abandoned airfield in the desert. Here his central character, Nick Shay, is watching an old flame, the visionary artist Klara Sax, being interviewed for French television. When the interviewer warns that she might sound stupid because of her poor English, Sax responds ironically: “But I must be smart, funny, profound and charming.” I had this – and DeLillo’s notorious dislike of dissecting his work in public – in mind ahead of the author’s public discussion with Professor John Mullan.

The novel that followed is one of enormous scope, a mosaic of American life pulsating with insight and ambition. Despite its epic size, every sentence is a pleasure. DeLillo paints a fevered picture of the country, weaving the experiences of roughly 100 characters between events such as the Kennedy assassination, Vietnam and the Cuban missile crisis. His unmistakable dialogue lends characters a heightened ability to interpret and relay aspects of the world around them.

Once home from the game, Cotter is swiftly relieved of the ball by his troubled father, who, we later learn, sells it for a pittance. DeLillo loosely tracks the object, an emblem of both public and personal history, through the years in a reverse chronology, reaching after the truth of US life. It’s a novel of endless ideas, information and connections. 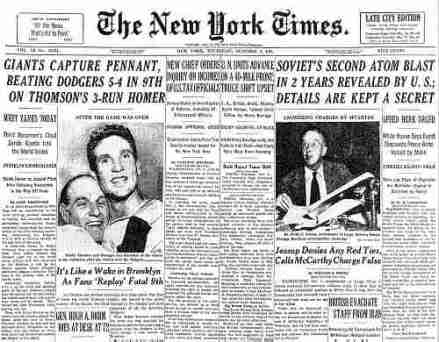 The driving force behind his work, DeLillo explained, is language (in one of my favourite passages in Underworld, a priest lays bare the extraordinary power of language by simply naming the individual parts of a shoe): “I think in a very realistic, modern way, a three-dimensional way, and my role as a writer is to create language … This is what the challenge is for me: language … the word, the sentence, the paragraph.” It’s also a strikingly visual text, full of intense descriptions of the material world. Describing his aesthetic approach, DeLillo said: “I began to think more visually. I began to think almost in the abstract patterns of an expressionist painter, such as Pollock or Rothko. I don’t know quite how to describe this in a sensible way, but the way a chapter might be envisioned before I started writing it – there would not just be characters and locations, there would be a kind of style, a kind of colour to it, in an abstract manner.”

One thing certainly does lead to another in Underworld. Every person, every event, seems connected: the Edgars – J Edgar and the nun, Sister Edgar; graffiti on trains in New York becomes graffiti on planes in the desert; the work of graffiti artist Moonman 157 and the Texas Highway Killer, who is caught in the act by a child in a video that echoes the Zapruder film of Kennedy’s assassination; one brother works in nuclear weaponry and the other in waste. This mapping could go on indefinitely. [Read More]