Hitler’s contemporaries – Baldwin, Chamberlain, Herbert Hoover – seem pathetically fusty figures, with their frock coats and wing collars, closer to the world of Edison, Carnegie and the hansom cab than to the first fully evolved modern societies over which they presided, areas of national consciousness formed by mass-produced newspapers and consumer goods, advertising and tele-communications. By comparison Hitler is completely up-to-date, and would be equally at home in the sixties (and probably even more so in the seventies) as in the twenties. The whole apparatus of the Nazi super-state, its nightmare uniforms and propaganda, seems weirdly turned-on, providing just that element of manifest insanity to which we all respond in the H-Bomb or Viet Nam – perhaps one reason why the American and Russian space programmes have failed to catch our imaginations is that this quality of explicit psychopathology is missing.

“Nazi society seems strangely prophetic of our own – the same maximising of violence and sensation, the same alphabets of unreason and the fictionalising of experience.”

Certainly, Nazi society seems strangely prophetic of our own – the same maximising of violence and sensation, the same alphabets of unreason and the fictionalising of experience. Goebbels in his diaries remarks that he and the Nazi leaders had merely done in the realm of reality what Dostoevski had done in fiction. Interestingly, both Goebbels and Mussolini had written novels, in the days before they were able to get to grips with their real subject matter – one wonders if they would have bothered now, with the fiction waiting to be manipulated all around them.

Hitler’s ‘novel’, Mein Kampf (Hutchinson, 1939) was written in 1924, nearly a decade before he came to power, but is a remarkably accurate prospectus of his intentions, not so much in terms of finite political and social aims as of the precise psychology he intended to impose on the German people and its European vassals. For this reason alone it is one of the most important books of the 20th century, and well worth reprinting, despite the grisly pleasures its anti-semitic ravings will give to the present generation of racists. How far does Hitler the man come through the pages of this book? In the newsreels Hitler tends to appear in two roles – one, the demagogic orator, ranting away in a state apparently close to neurotic hysteria, and two, a benevolent and slightly eccentric kapellmeister sentimentally reviewing his SS bodyguard, or beaming down at a picked chorus of blond-haired German infants. Both these strands are present in Mein Kampf – the hectoring, rhetorical style, shaking with hate and violence, interspersed with passages of deep sentimentality as the author rhapsodises to himself about the mystical beauty of the German landscape and its noble, simple-hearted peoples. 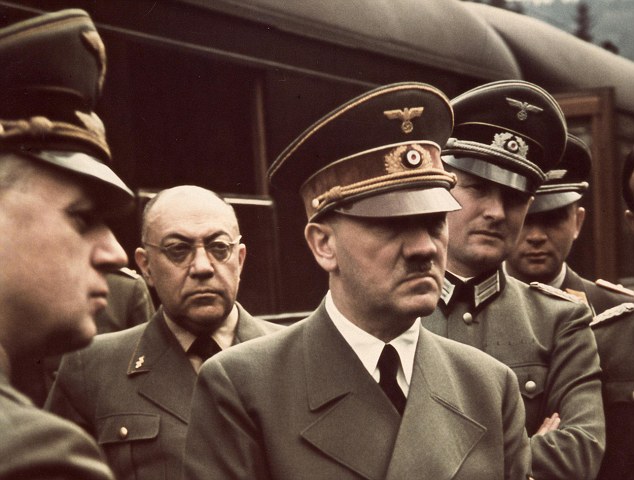 Apart from its autobiographical sections, the discovery by a small Austrian boy of his ‘Germanism’, Mein Kampf contains three principal elements, the foundation stones, walls and pediment of a remarkably strong paranoid structure. First, there are Hitler’s views on history and race, a quasi-biological system which under-pins the whole basis of his political thought and explains almost every action he ever committed. Second, there are his views on the strict practicalities of politics and the seizure of power, methods of political organisation and propaganda. Third, there are his views on the political future of the united Germanies, its expansionist foreign policy and general attitude to the world around it.

The overall tone of Mein Kampf can be seen from Hitler’s original title for the testament: A Four and a Half Years Struggle Against Lies, Stupidity and Cowardice: A Reckoning with the Destroyers of the Nazi Party Movement. It was the publisher, Max Amann, who suggested the shorter and far less revealing Mein Kampf, and what a sigh he must have breathed when Hitler agreed. Hitler’s own title would have been far too much of a giveaway, reminding the readers of the real sources of Hitler’s anti-semitic and racialist notions.

Reading Hitler’s paranoid rantings against the Jews, one is constantly struck by the biological rather than political basis of his entire thought and personality. His revulsion against the Jews was physical, like his reaction against any peoples, such as the Slavs and Negroes, whose physique, posture, morphology and pigmentation alerted some screaming switchboard of insecurity within his own mind.

What is interesting is the language in which he chose to describe these obsessions – primarily faecal, one assumes, from his endless preoccupa-tion with ‘cleanliness’. Rather than use economic, social or political arguments against the Jews, Hitler concentrated almost solely on this inflated biological rhetoric. By dispensing with any need to rationalise his prejudices, he was able to tap an area of far deeper unease and uncertainty, and one more-over which his followers would never care to expose too fully to the light of day.

“By dispensing with any need to rationalise his prejudices, he was able to tap an area of far deeper unease and uncertainty, and one more-over which his followers would never care to expose too fully to the light of day.”

In the unanswerable logic of psychopathology, the Jews became the scapegoats for all the terrors of toilet-training and weaning. The constant repetition of the words ‘filth’, ‘vileness’, ‘abscess’, ‘hostile’, ‘shudder’, endlessly reinforce these long- repressed feelings of guilt and desire.

In passing, it is curious to notice that Hitler’s biological interpretations of history have a number of striking resemblances to those of Desmond Morris. In both writers one finds the same reliance on the analogy of the lower mammals, on a few basic formulas of behaviour such as ‘struggle’, ‘competition’, ‘defence of territory’. There is the same simple schematic view of social relationships, the same highly generalised assertions about human behaviour that are presented as proven facts. Hitler talks without definition of ‘lower races’ in the same way that Morris refers to ‘primitive societies’ and ‘simple communities’. Both are writing for half-educated people whose ideas about biology and history come from popular newspaper and encyclopaedia articles, and whose interest in these subjects is a barely transparent cover for uneasy fantasies about their own bodies and emotions. 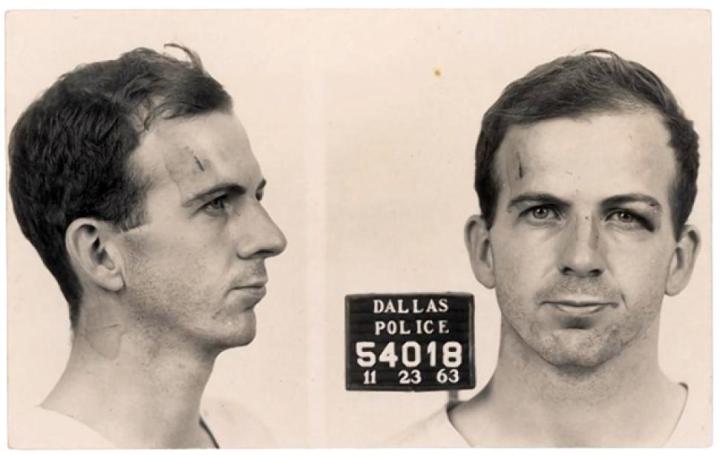 “[Hitler and Oswald] are the children of the reference library and the self-improvement manual, of mass newspapers creating a new vocabulary of violence and sensation.”

In this preface, the translator of Mein Kampf describes it as written in the style of a self-educated modern South German with a talent for oratory. In this respect Hitler was one of the rightful inheritors of the 20th century – the epitome of the half-educated man. Wandering about the streets of Vienna shortly before the first World War, his head full of vague artistic yearnings and clap-trap picked up from popular magazines, whom does he most closely resemble? Above all, Leopold Bloom, his ostensible arch-enemy, wandering around Joyce’s Dublin at about the same time, his head filled with the same clap-trap and the same yearnings. Both are the children of the reference library and the self-improvement manual, of mass newspapers creating a new vocabulary of violence and sensation. Hitler was the half-educated psychopath inheriting the lavish communications systems of the 20th century. Forty years after his first abortive seizure of power he was followed by another unhappy misfit, Lee Harvey Oswald, in whose Historic Diary we see the same attempt by the half-educated to grapple with the information overflow that threatened to drown him.

This review was first published in New Worlds, Number 196, December, 1969.