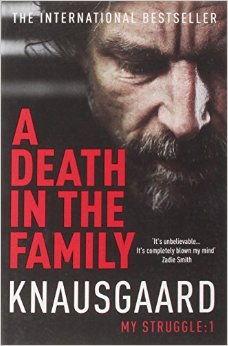 Once you have begun reading the books in Karl Ove Knausgaard’s six-volume autobiographical novel, “My Struggle,” it is difficult to stop talking about them. In the author’s native Norway, where around one in nine people have purchased copies, some employers have had to impose Knausgaard-free days in the workplace. In the U.S., where the third volume of the book was released last week, fiction writers like Rivka Galchen, Sheila Heti, and Ben Lerner have reviewed his books rapturously, and Zadie Smith has likened them to crack. On this week’s Out Loud, Sasha Weiss, the literary editor of newyorker.com, discusses Knausgaard’s work with the magazine’s deputy fiction editor, Cressida Leyshon, and archives editor, Joshua Rothman, who reviewed volume three for Page-Turner. (A short story adapted from the book was published in the magazine in February.) Rothman and Leyshon discuss the reaction to Knausgaard in Norway, consider why other novelists are obsessed with his books, and analyze what makes them so mesmerizing despite their minute-to-minute account of the mundane details of the author’s life. “The way he’s telling them makes them seem like real events, the same types of events that happen to you, as opposed to fictional events that are the types of things that happen in novels,” Rothman says. “Banality isn’t quite the right word, but I don’t know that there is a word to describe what it is.” [Read More]